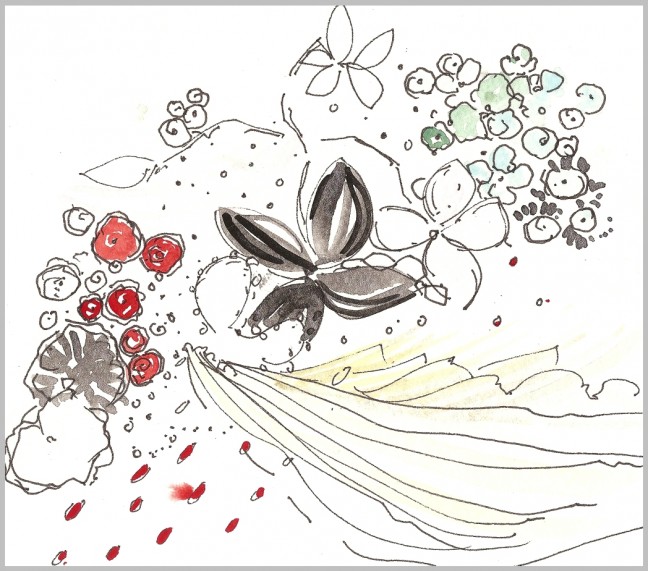 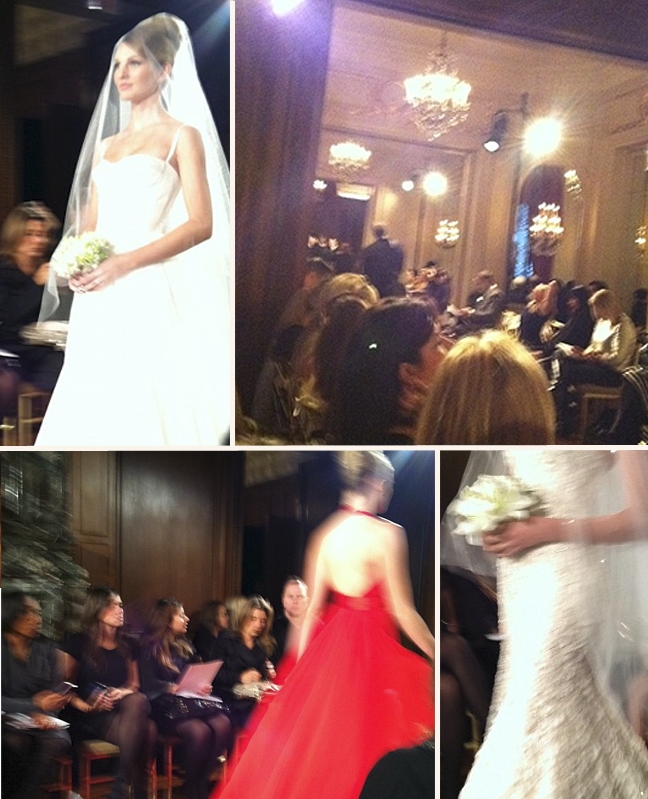 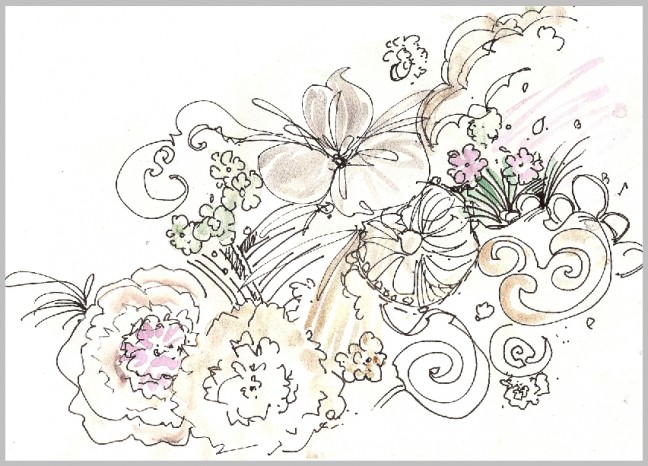 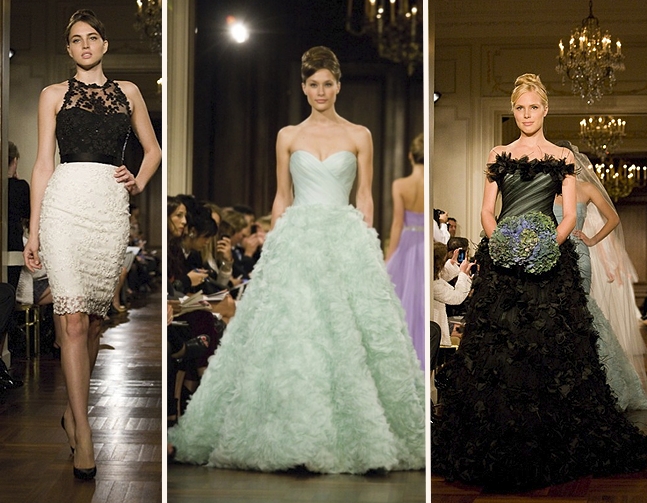 I could barely contain my excitement at the Fall 2012 Romona Keveza show.  From the minute we entered the ballroom at the iconic St. Regis Hotel in NYC drama was in play.  Lighting were glowing golden, the soft hum of the crowd was building and my sketchbook was already filling as I peeked at press releases waiting on my seat.  The lights dimmed and a Parisian inspired sound filled the space.  Energy in the room was palpable as the models graced the runway.

I feverishly sketched and could see that color was integral to Romona Keveza’s Fall 2012 line.  Tiffany Blue, Lavender and Blush mingled with Sexy Red, Midnight and the contrast of white to create a captivating mood.

Bridal was described as floating textures.  Could not think of a better description for the gowns just dripping with finery like feathered detailing, embroidered blooms, Point d’Esprit and French Organza embroidered ribbon.

Brevity emerged as a trend from our perspective at Bridal Market.  Brides are hungry for edgy couture that speaks of their true spirit.  They are not limiting themselves to the constraints of white and are feeling more fearless than ever…Romona Keveza answered in a HUGE way.

The Momental Girls Live from Bridal Market in NYC