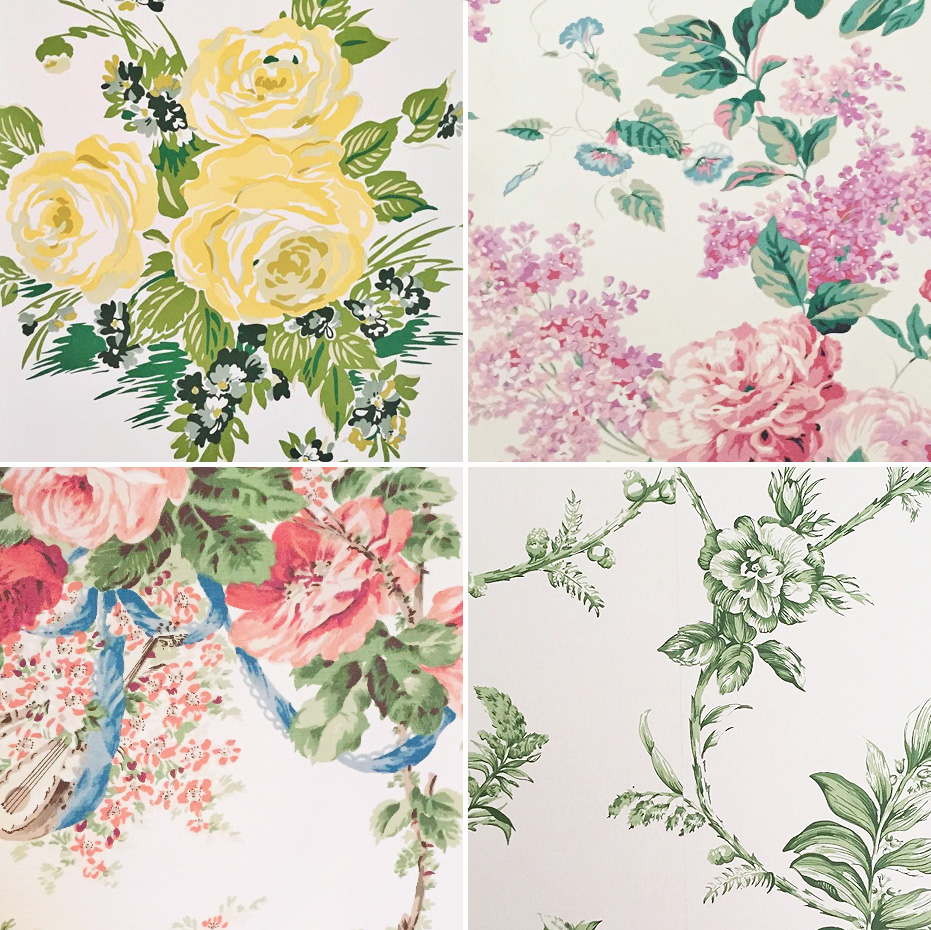 All of these wallpapers were seen in the rooms of the private Presidential Suite. 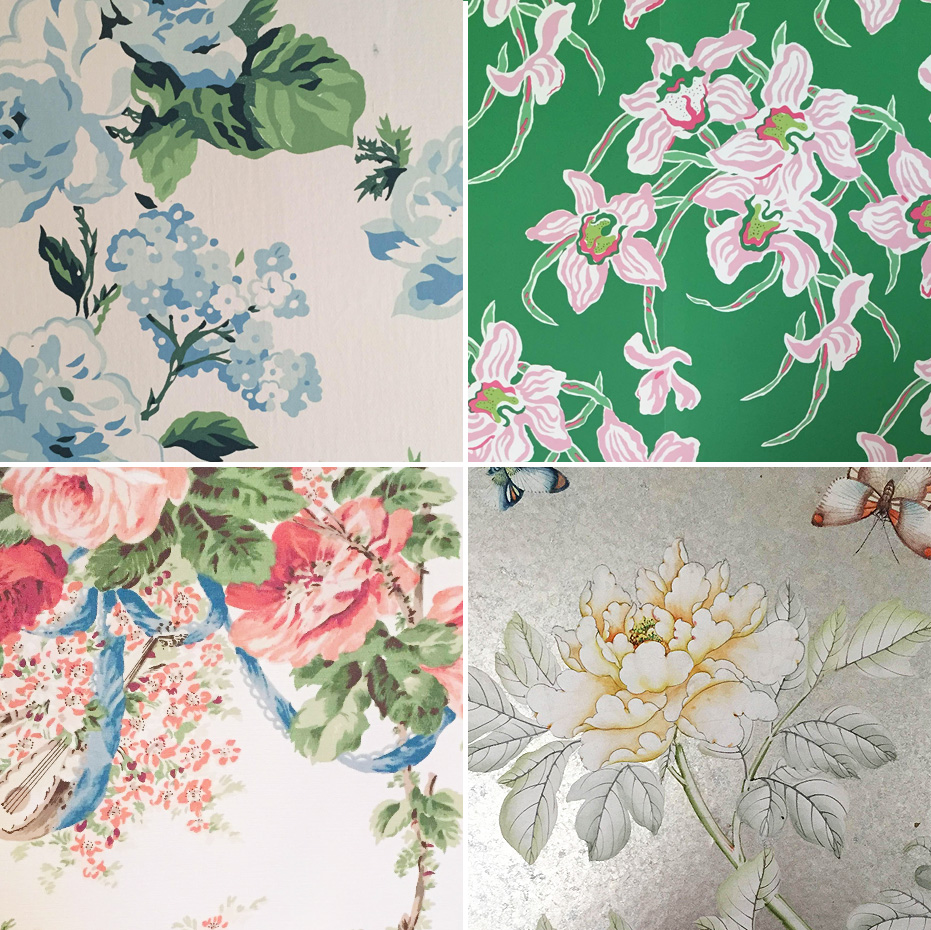 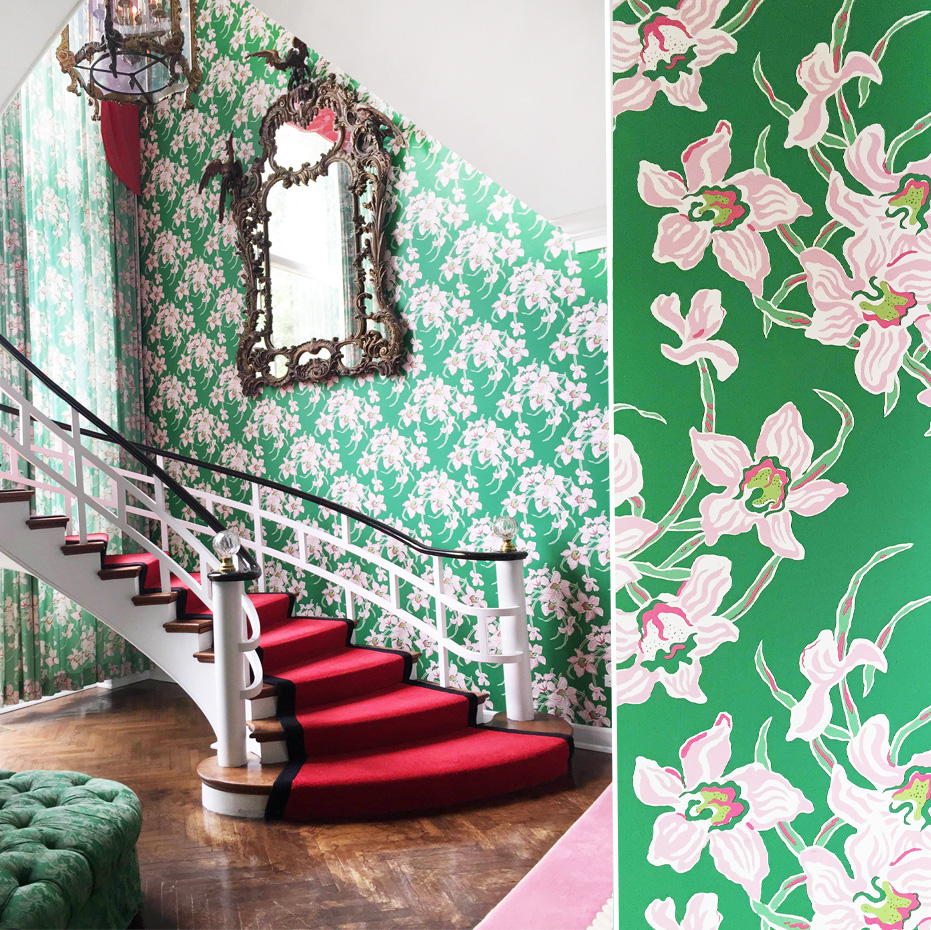 The iconic staircase in the Presidential Suite. 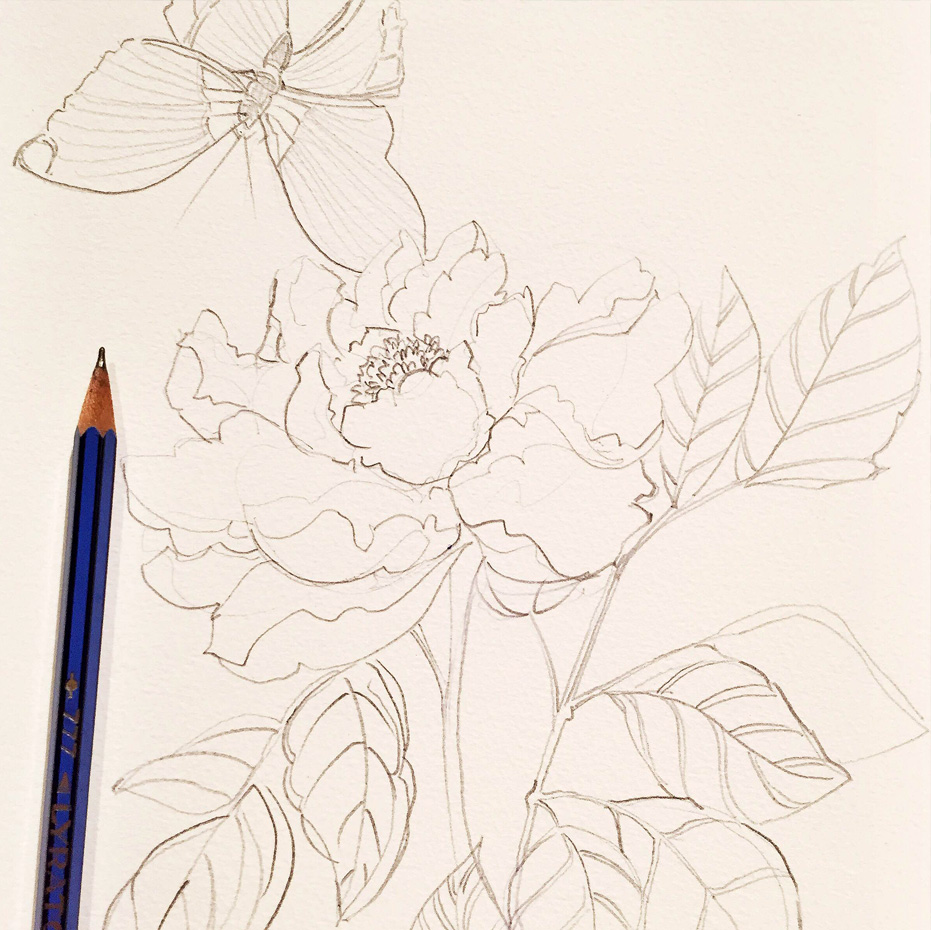 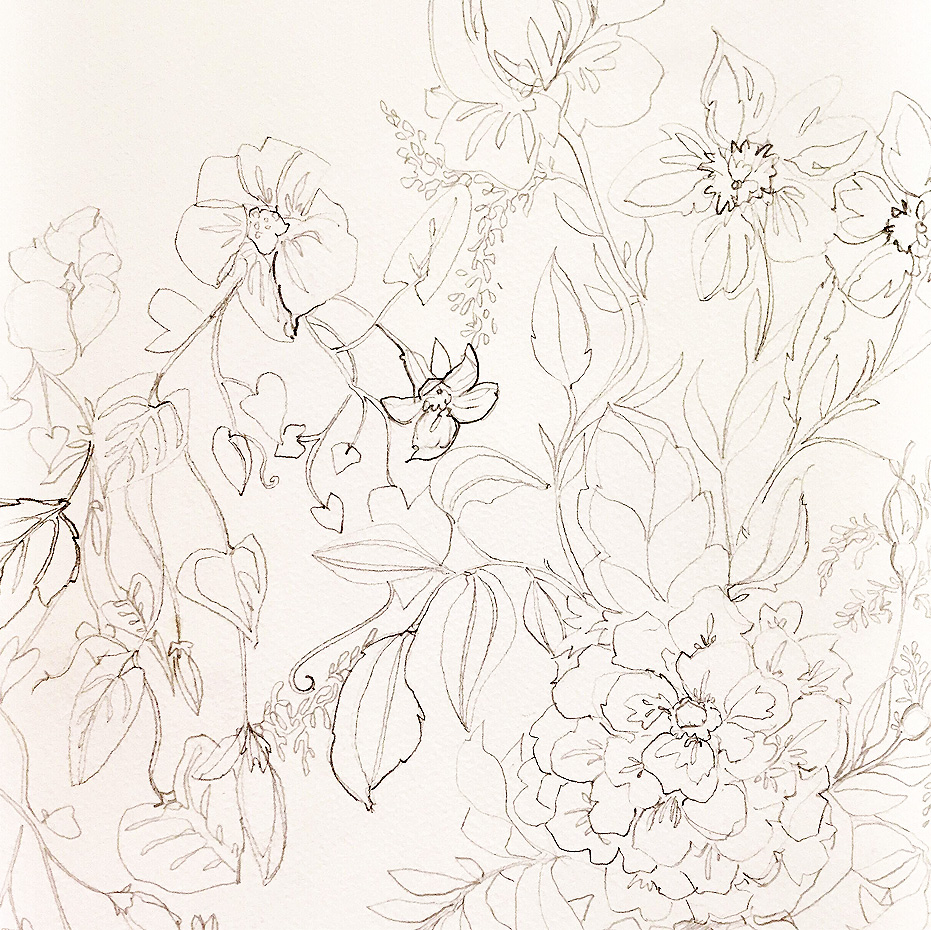 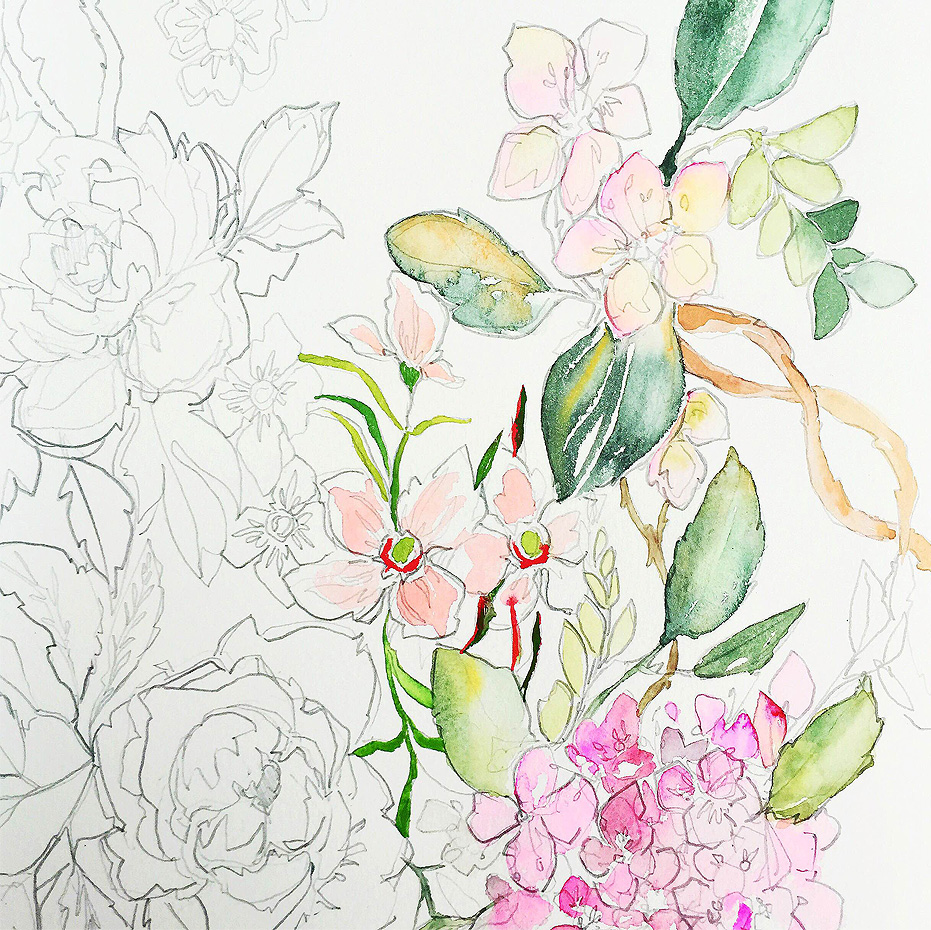 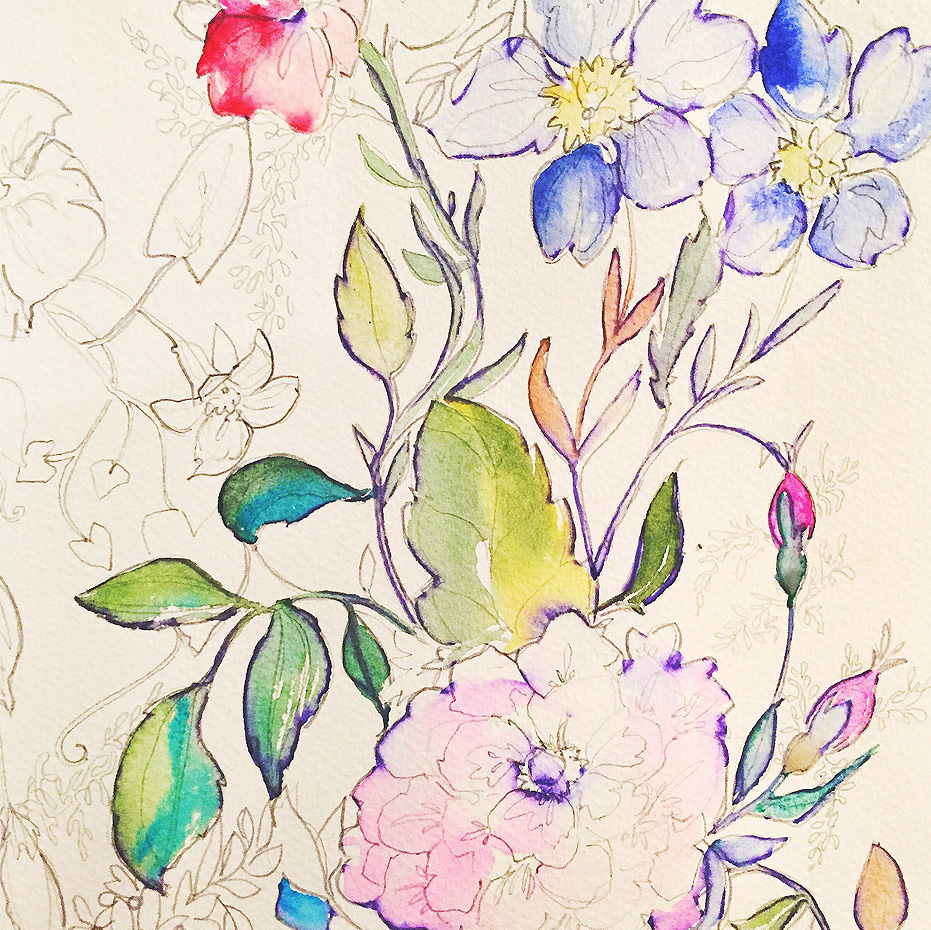 My Story is Art – An Artist at The Greenbrier

The Greenbrier in White Sulfur Springs, West Virginia was a dream come true.  Just as I imagined, stepping through the doors of the grand entrance was much like stepping back in time.  As An Artist at The Greenbrier I felt like I was walking hallowed halls.  Grand lives had been lived in these spaces and finally I had become a small part of the spirit of The Greenbrier.

I literally spent four days walking the property, lingering in every room, peeking into ballrooms and sketching while perched on countless overstuffed, floral print chairs.  I went outside once friends, just once.  Thanks goodness my hubby gets me!

{If I had a spirit animal, Dorothy Draper would be it.}

She was so ahead of her time while splashing color and raising eyebrows in the late forties and continued making waves into the 60’s with her daring style.   In my humble opinion she is quite underrated in the design world by not quite being given the credit due for her contributions.  She has touched countless industries with her savvy; interior design, fine art, event design, textile and home-ware design and beyond.

{Ms. Draper, if alive today would be honored along with the likes of Ralph Lauren or Martha Stewart.  She was a dreamer but most importantly a visionary.}

Ms. Draper came to The Greenbrier in 1946 and was give carte blanche to revive this stuffy space that once acted as a hospital in World War II.  Her protege Carleton Varney took the reigns after Dorothy’s retirement and to this day is a significant presence at The Greenbrier.

And so to honor the art made and live in at The Greenbrier, I painted, scribbled and sketched for four days.  This living museum awed me at every single turn.  Early mornings were like quiet reveries where I would be nestled in hydrangea patterned couches in light filled rooms with towering ceilings.

A private tour of the Presidential Suite revealed the most exquisite example of hand painted wallpaper I’ve experienced.  The butterfly sketch below is just the beginning of my interpretation of this masterpiece.

Mealtimes were spent gathering my thoughts and building patterns of blooms, lattice and stripes to honor Draper and Varney for all they’ve done, all they’ve seen and all they’ve brought to life.

My Story is Art – A Family of Creatives

My Story is Art – Handwriting Found